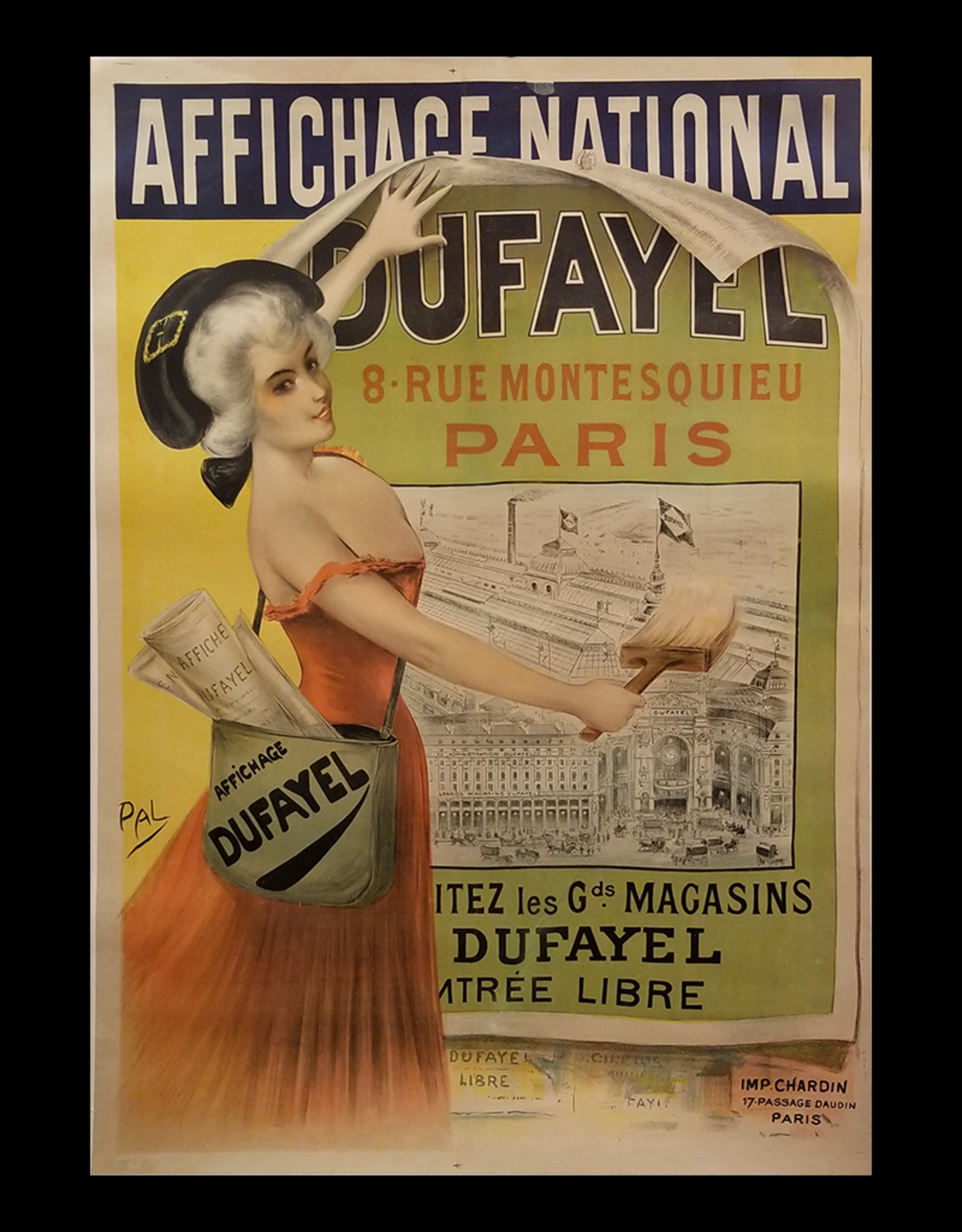 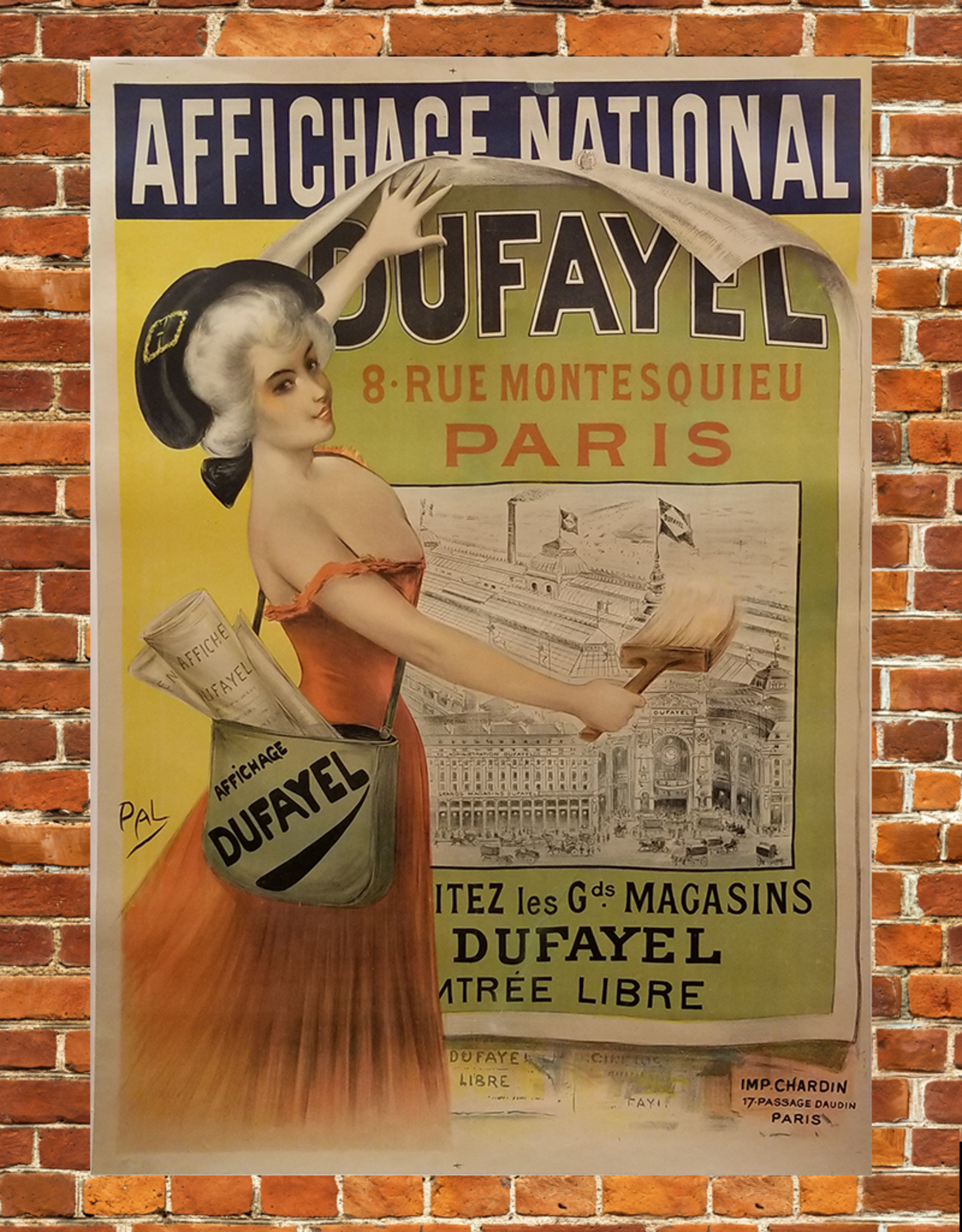 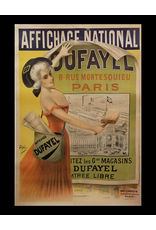 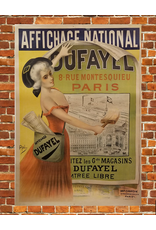 The original, linen-backed, stone-lithograph poster advertises the famous Dufayel Department Stores in Paris which opened in 1856.

Jean de Paleologu (or Paleologue) (1855 – 24 November 1942) was a Romanian poster artist, painter, and illustrator, who often used Pal or PAL as his signature or logo and was active in France and the United States.

Born Jean de Paleologu in Bucharest, he trained in England, then returned to Romania and attended a military academy, before visiting London again several times and moving to Paris more permanently. He left Paris for the United States in 1900.