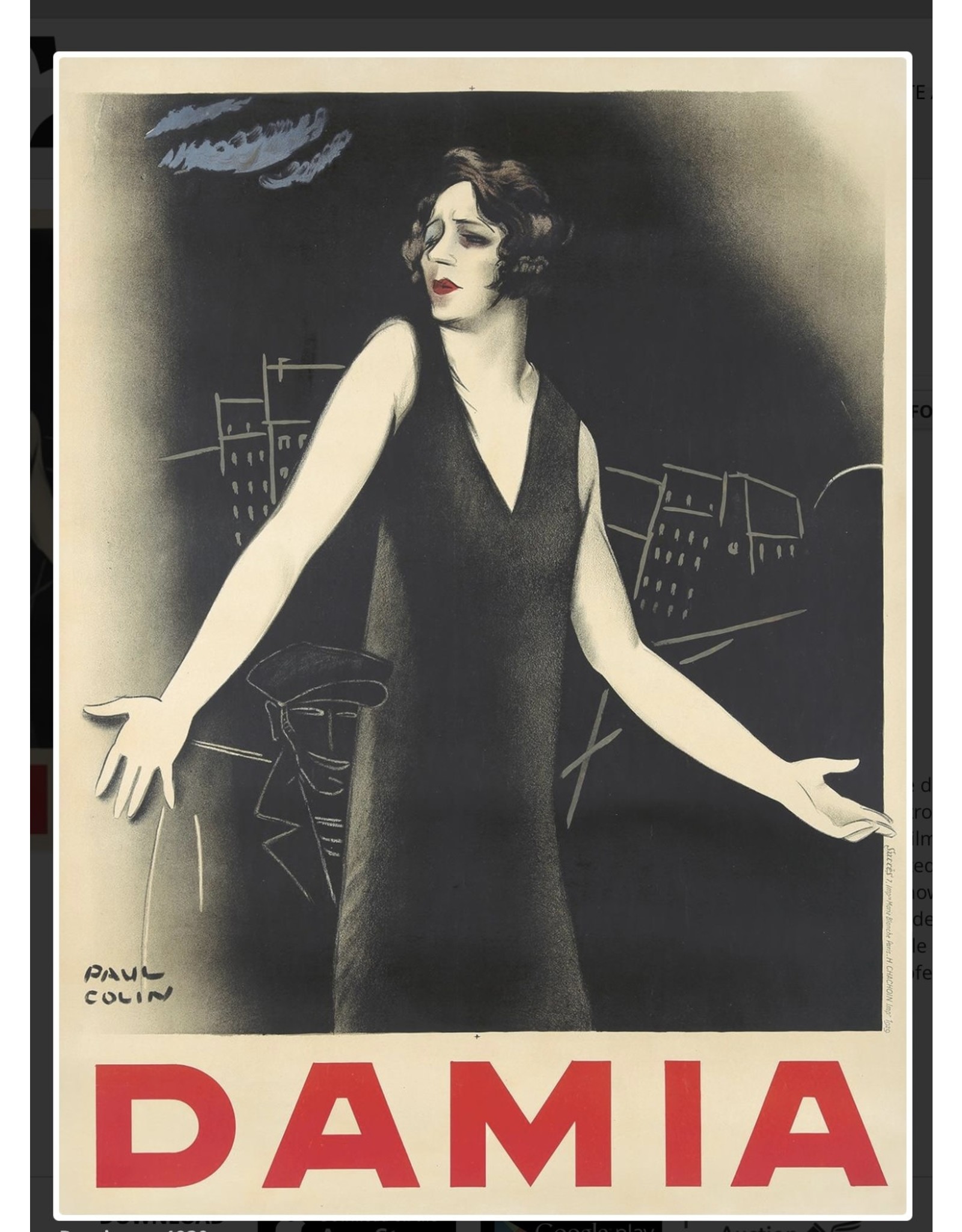 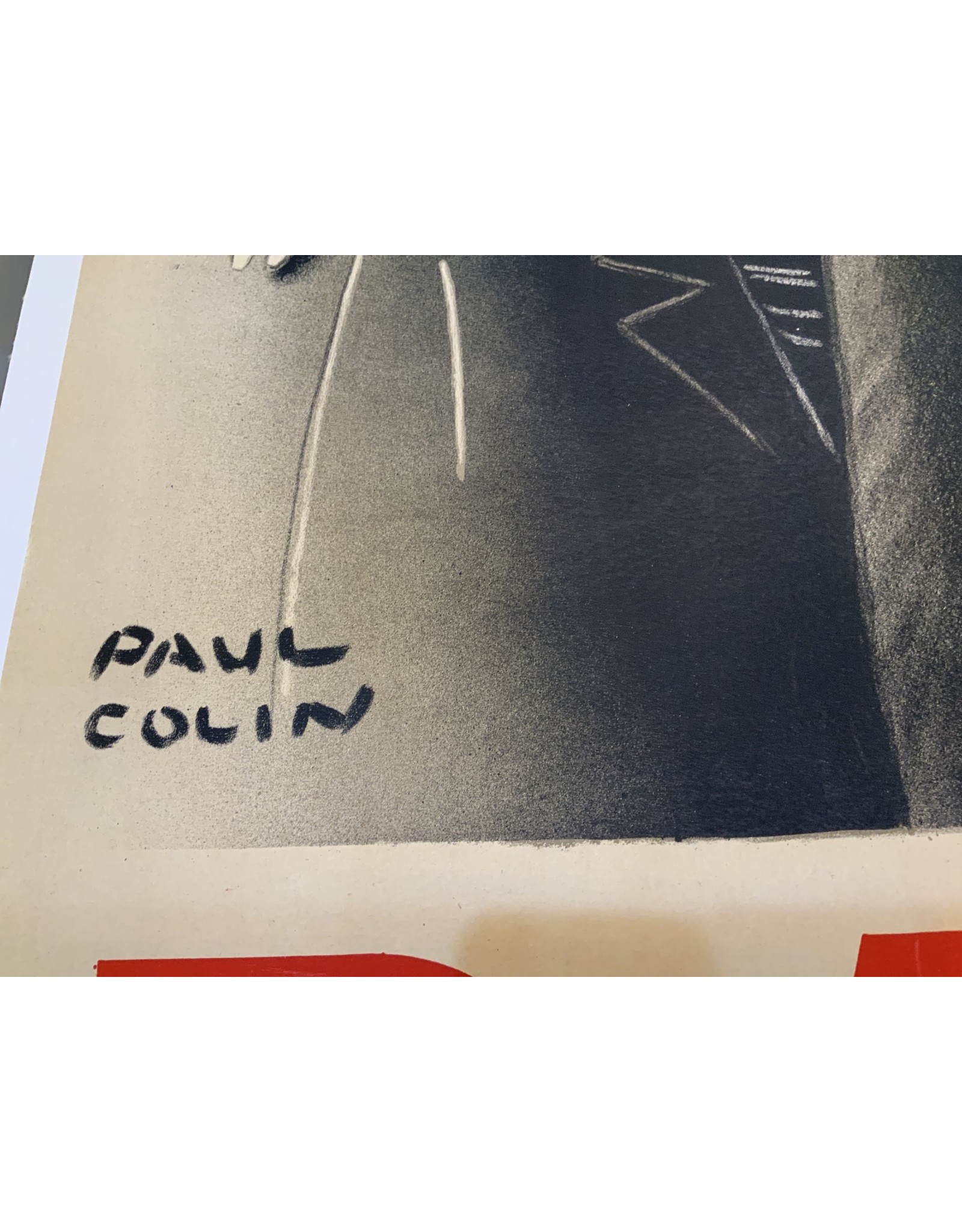 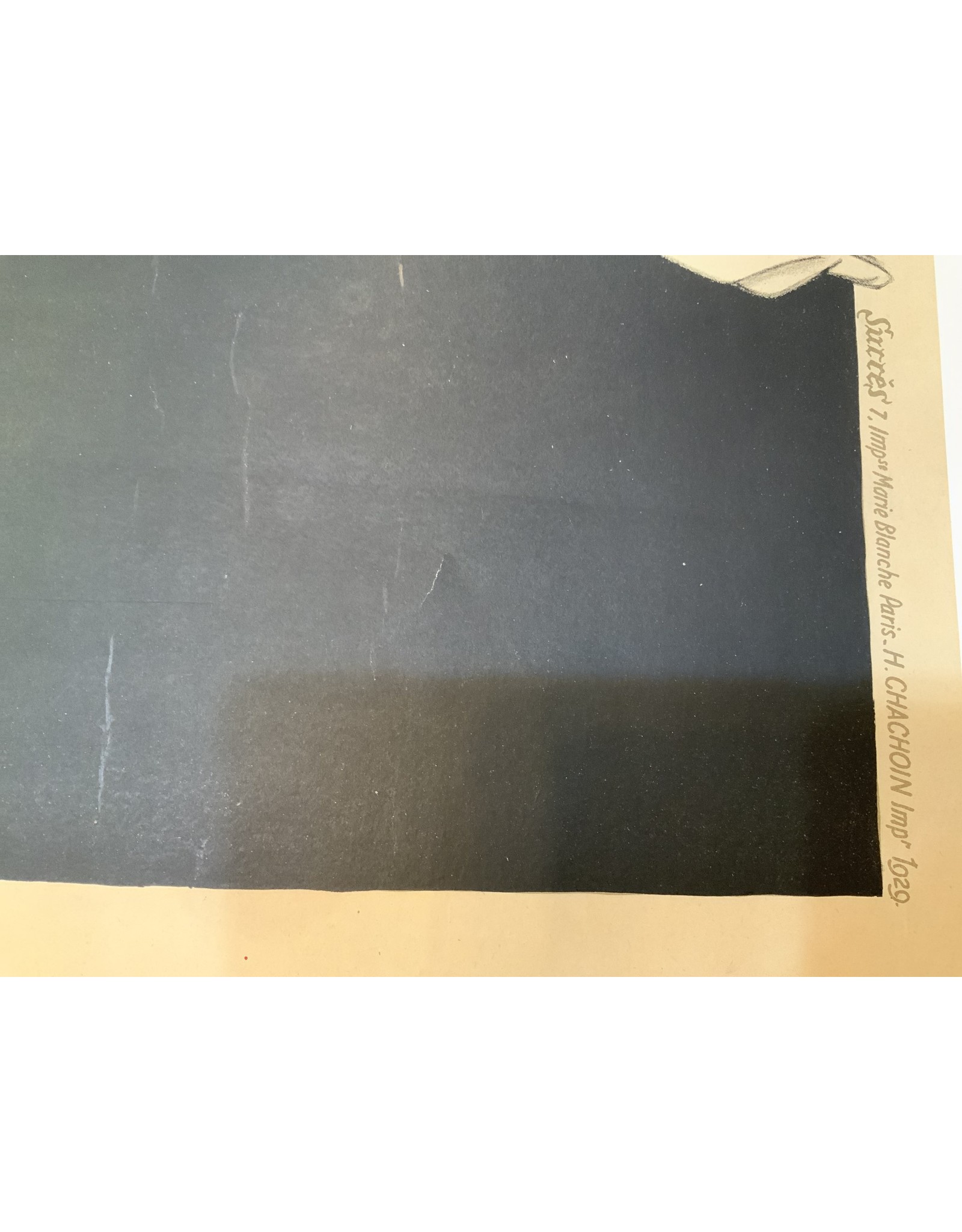 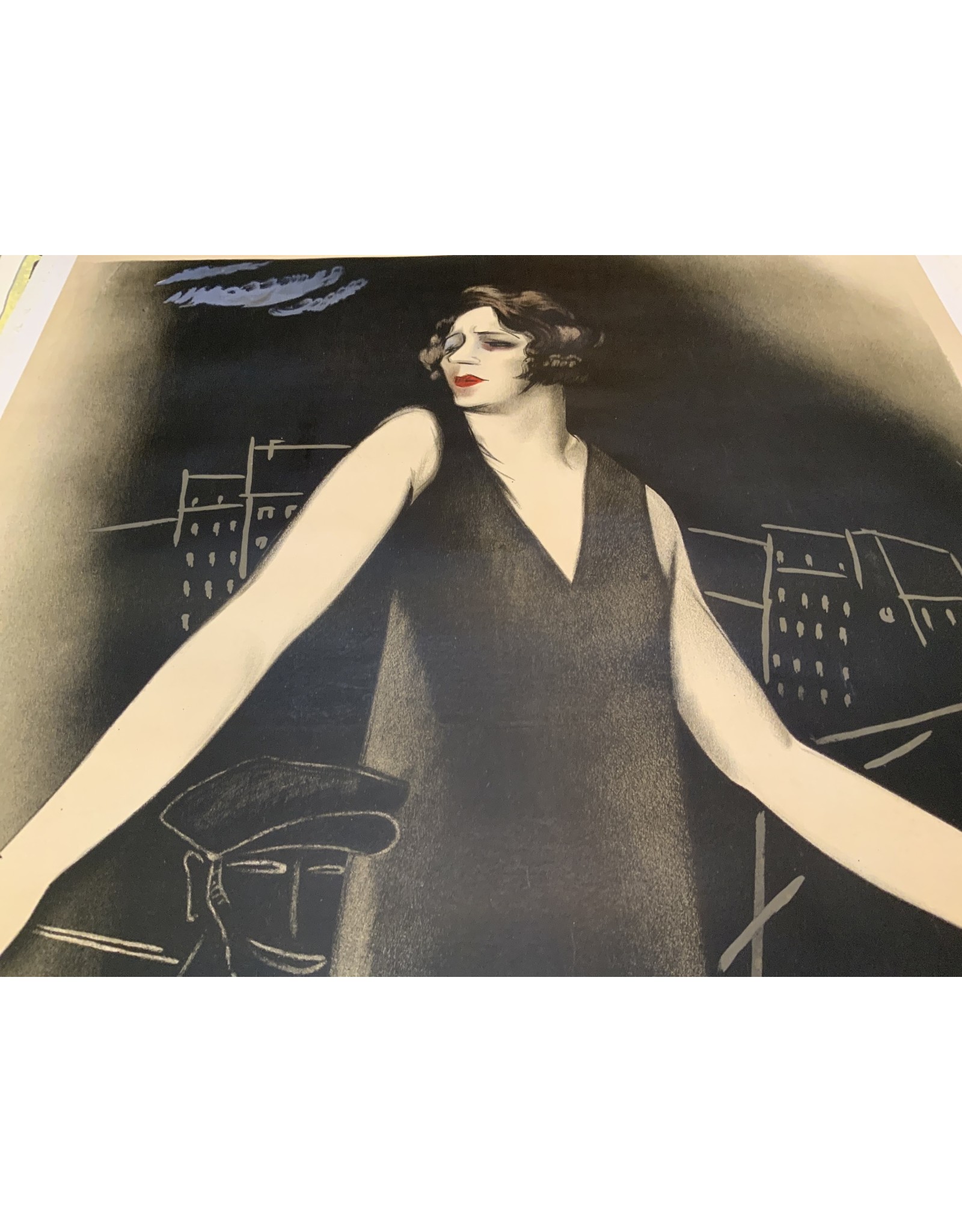 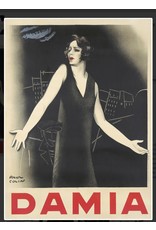 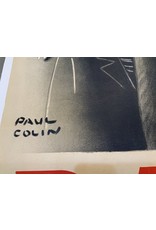 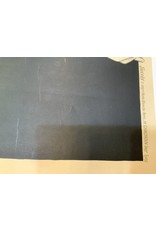 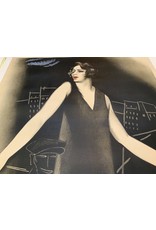 Damia. ca. 1930.
Born in 1892, Maryse “Damia” Damien is often called “the grande dame” of French song. She began her career as a member of Loïe Fuller’s troupe, appearing in Folies-Bergère revues and various small plays and films, before making it as a chanteuse. Her signature ensemble consisted of a long, black, sleeveless dress with a deep, plunging neckline, as shown here by Colin. He also claims to be the person who came up with the idea of placing her in front of a black velvet curtain, allowing only her pale face and arms to be seen by the audience—a trick she used her entire professional life. This is the larger format.
Artist: PAUL COLIN (1892-1986)
Size: 46 x 62 7/8 in
Origin France
Condition: A.