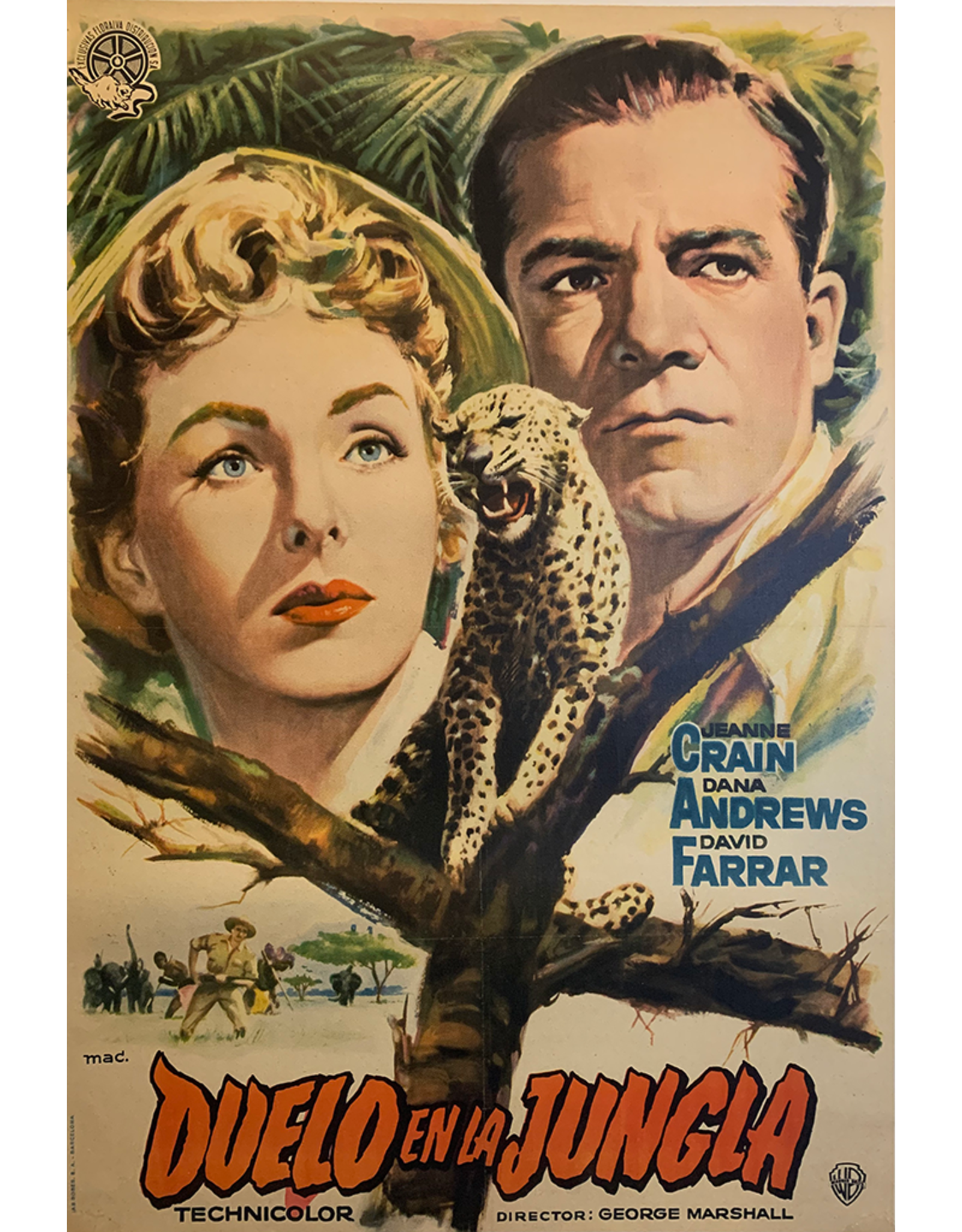 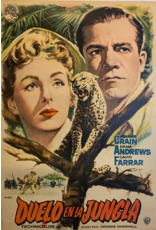 Duel in the Jungle, spanish movie poster. C. 1954The film opens with a title card that reads: "off the coast of Africa" and is followed by a scene depicting David Farrar, as the character "Perry Henderson," diving for diamonds. Opening credits conclude with the following statement: "The producers wish to acknowledge gratefully the assistance granted by the Northern Rhodesia Authorities and The National Parks Board of Trustees, South Africa." Size 27" x 39", linen backed.