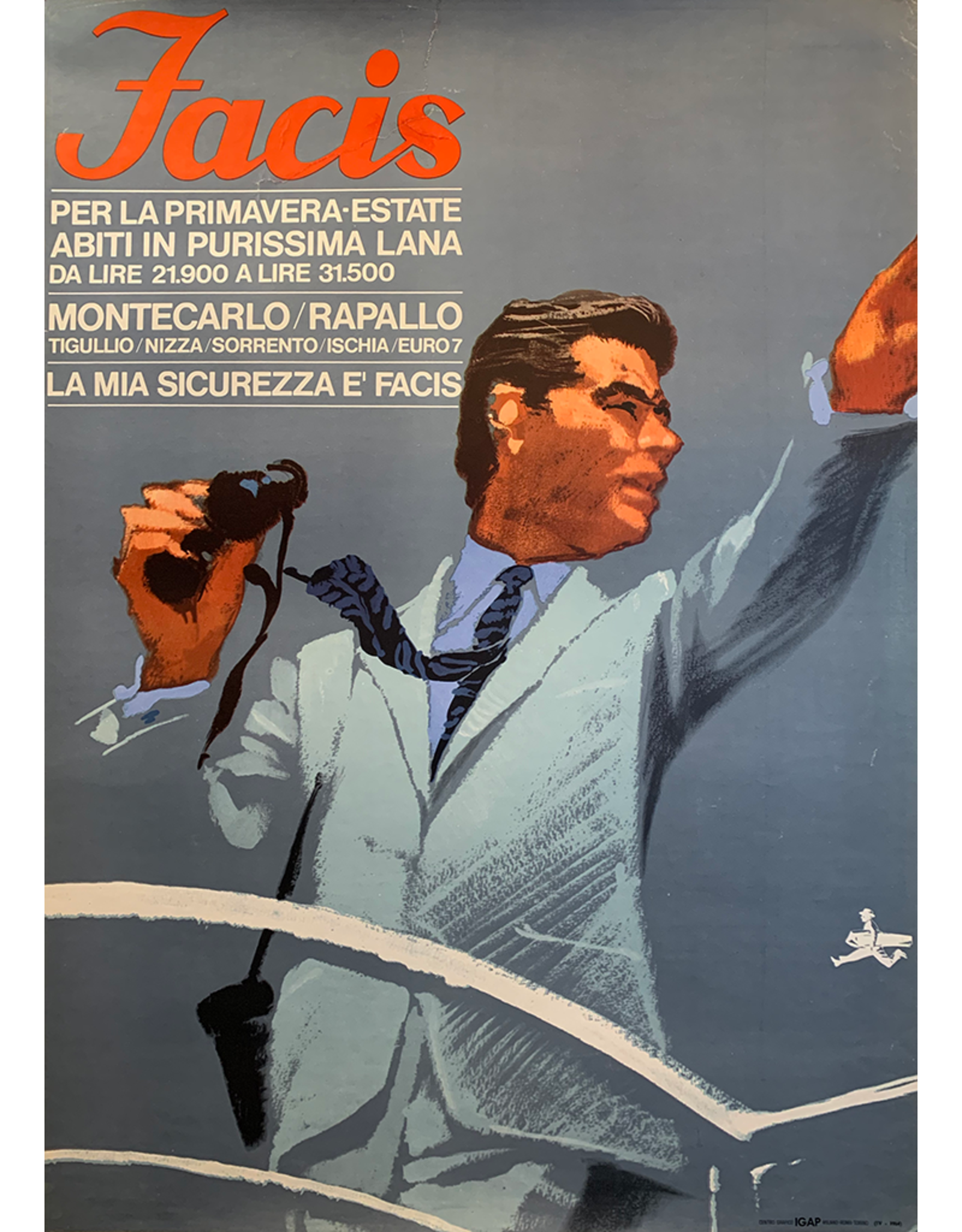 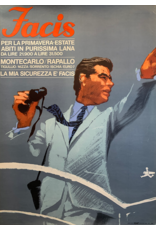 After World War II, Facis revolutionised the formal menswear market.
The 1960s were identified with revitalisation, and consequently revolutionising the manufacturing and distribution methods and how products were marketed.  Communication became essential for the brand to the point that the first advertisement of the company was created and designed in 1954 by Armando Testa. The well-known image of a man running with a suit under his arm was paired with the then-famous slogan: “While rushing to get dressed, there is a Facis suit”. And you can see the image in the right hand corner. During the 1960s and the 1970s, Facis was known as being the largest Italian manufacturer of men’s clothing. C. 1964, linen backed, size 27" x 38 1/2.