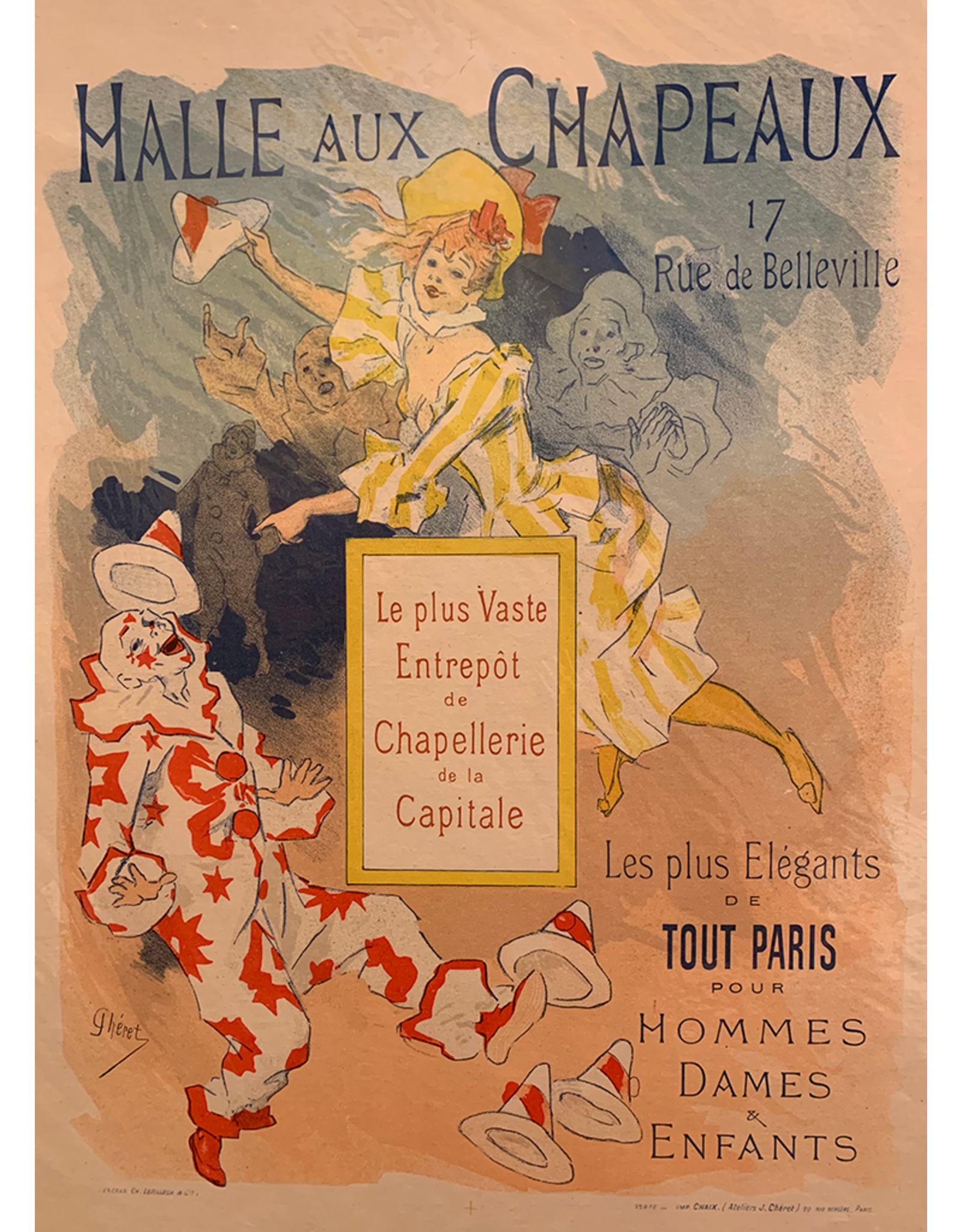 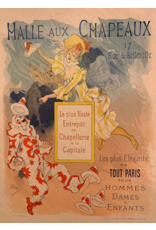 Original lithograph by Jules Cheret, c. 1895. Halle aux Chapeaux.Showing a dancing girl and a clown. AsCheret's work became more popular and his large posters displaying modestly free-spirited females found a larger audience, pundits began calling him the “father of the women’s liberation.” Females had previously been depicted in art as prostitutes or puritans. The women of Chéret’s posters, joyous, elegant and lively—’Cherettes’, as they were popularly called—were neither. It was freeing for the women of Paris, and heralded a noticeably more open atmosphere in Paris where women were able to engage in formerly taboo activities, such as wearing low-cut bodices and smoking in public. These ‘Cherettes’ were widely seen and recognised, and a writer of the time said “It is difficult to conceive of Paris without its ‘Cheréts’ (sic).” Art Nouveau, size 15" x 17", linen backed.