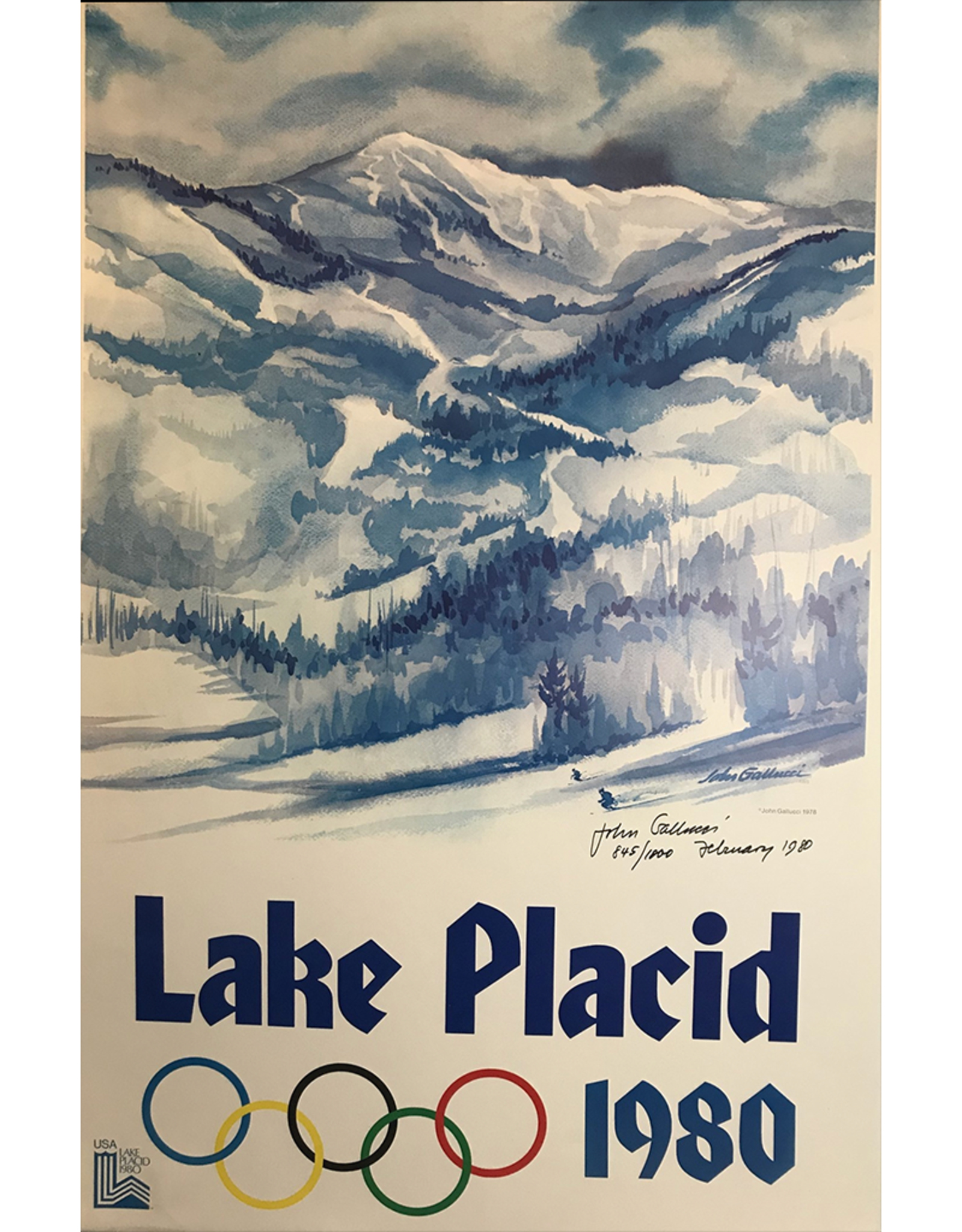 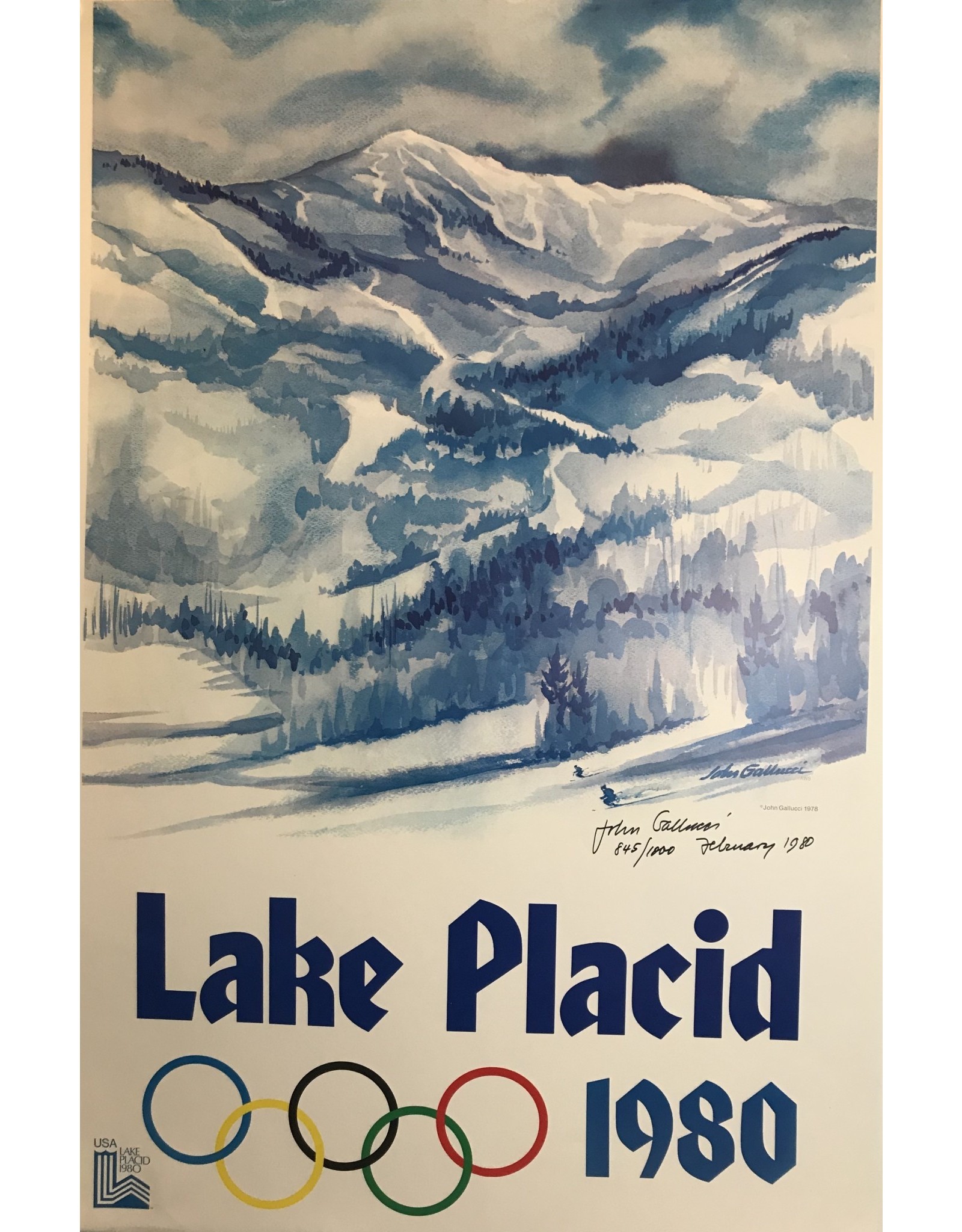 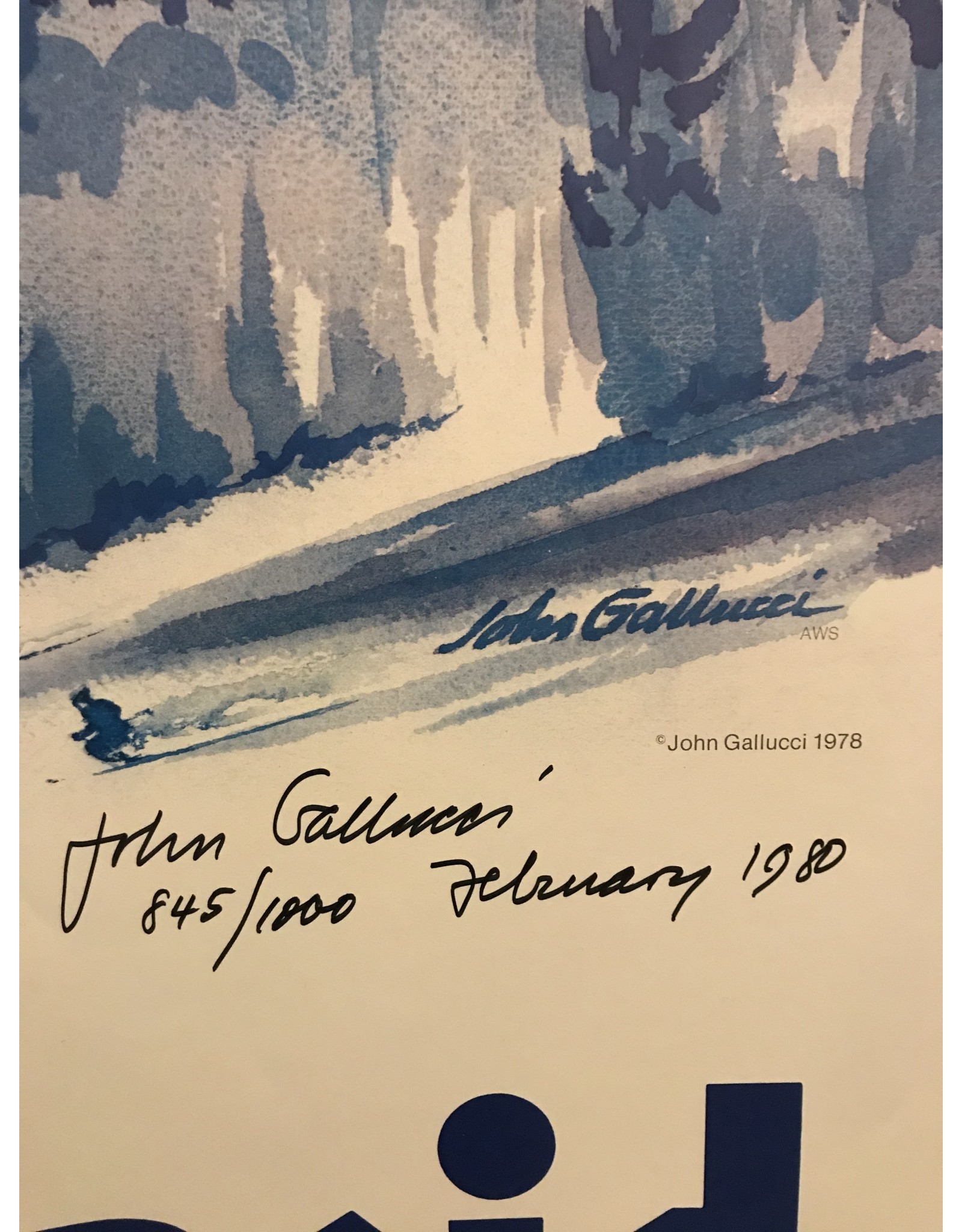 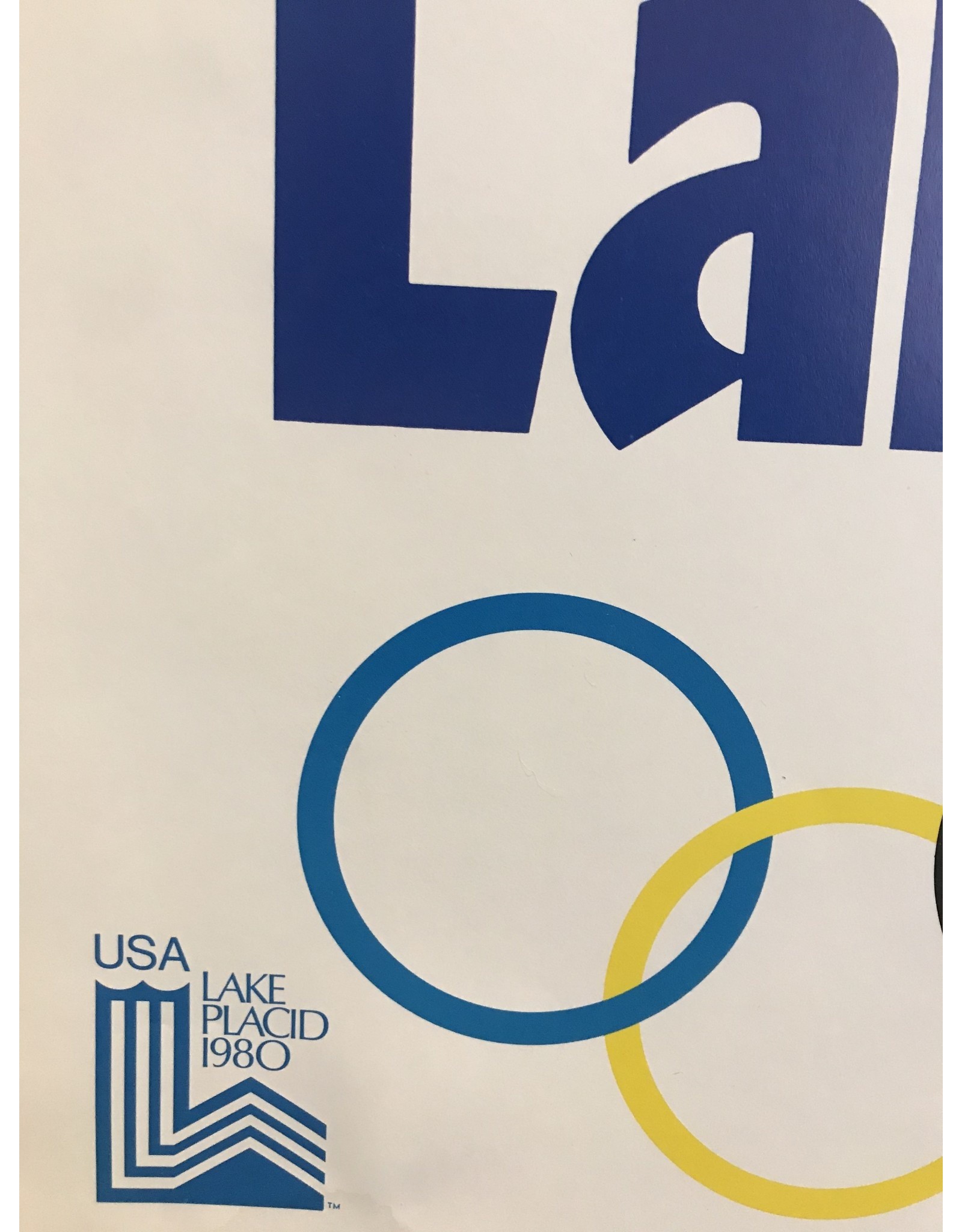 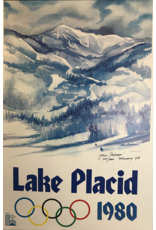 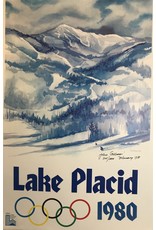 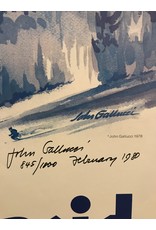 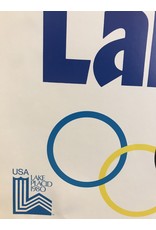 This is an original vintage poster created by the American watercolor artist, John Gallucci, in 1979. The poster has been signed and numbered by the artist in a limited edition of 1000 and also features the Olympic Rings, the official emblem of the Olympic Games.
It was commissioned by the Winter Olympic Organizing Committee to promote the ski events being held in Lake Placid in 1980. That same year, the underdog American Hockey Team won the Olympic Gold Medal in the famed “Miracle on Ice.”
John Gallucci attended Syracuse University and later New York University with studies in Fine Art. He was a recognized watercolorist and a Signature Member of the American Watercolor Society 1953. He was an educator in the Lake Placid area for most of his career and was chosen to represent his home with a group of 1980 Winter Olympic Posters.
•Category:Sports
•Artist:John Gallucci
•Circa:1980
•Origin:U.S.A
•Dimensions:36”x24.5”
Original Poster