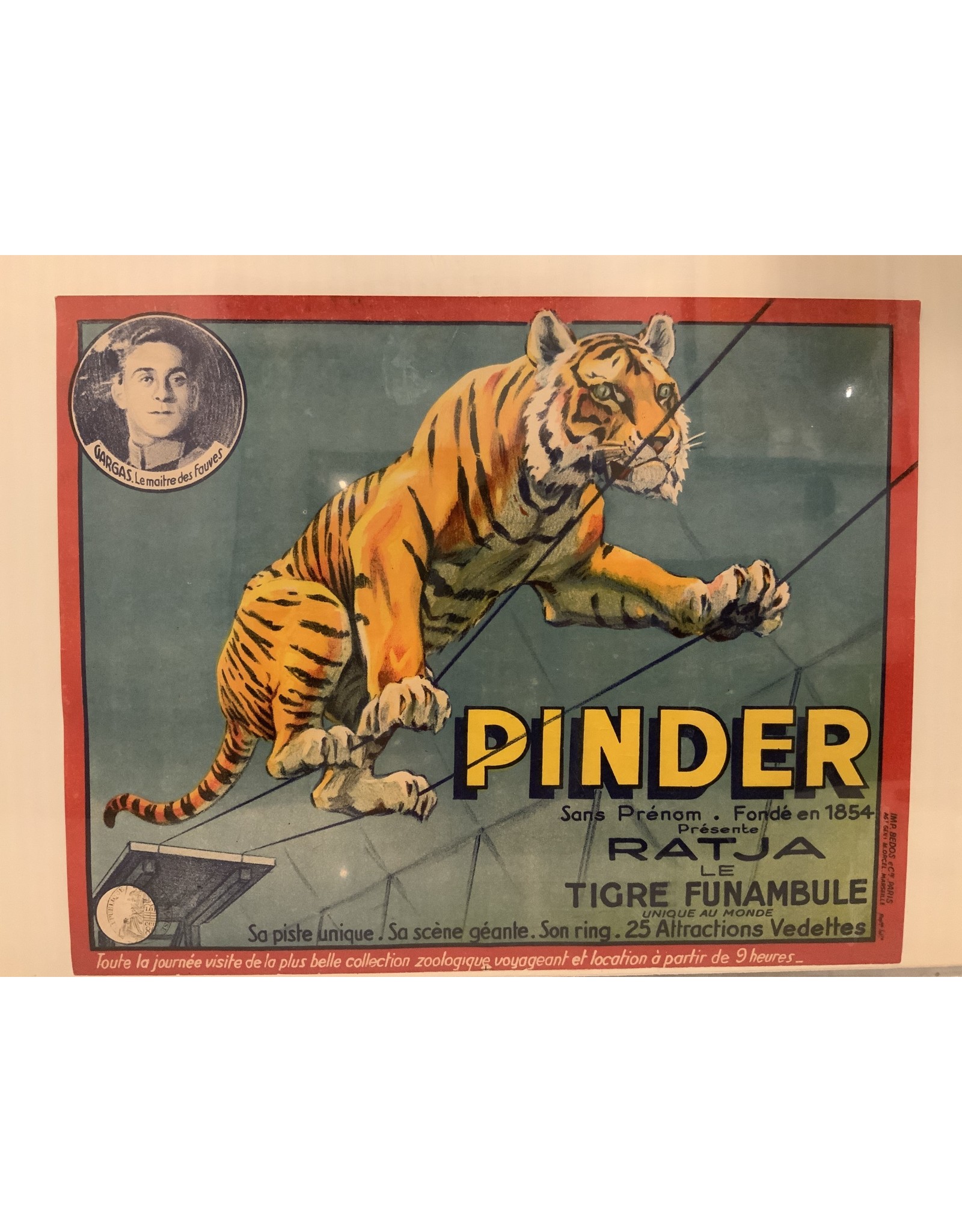 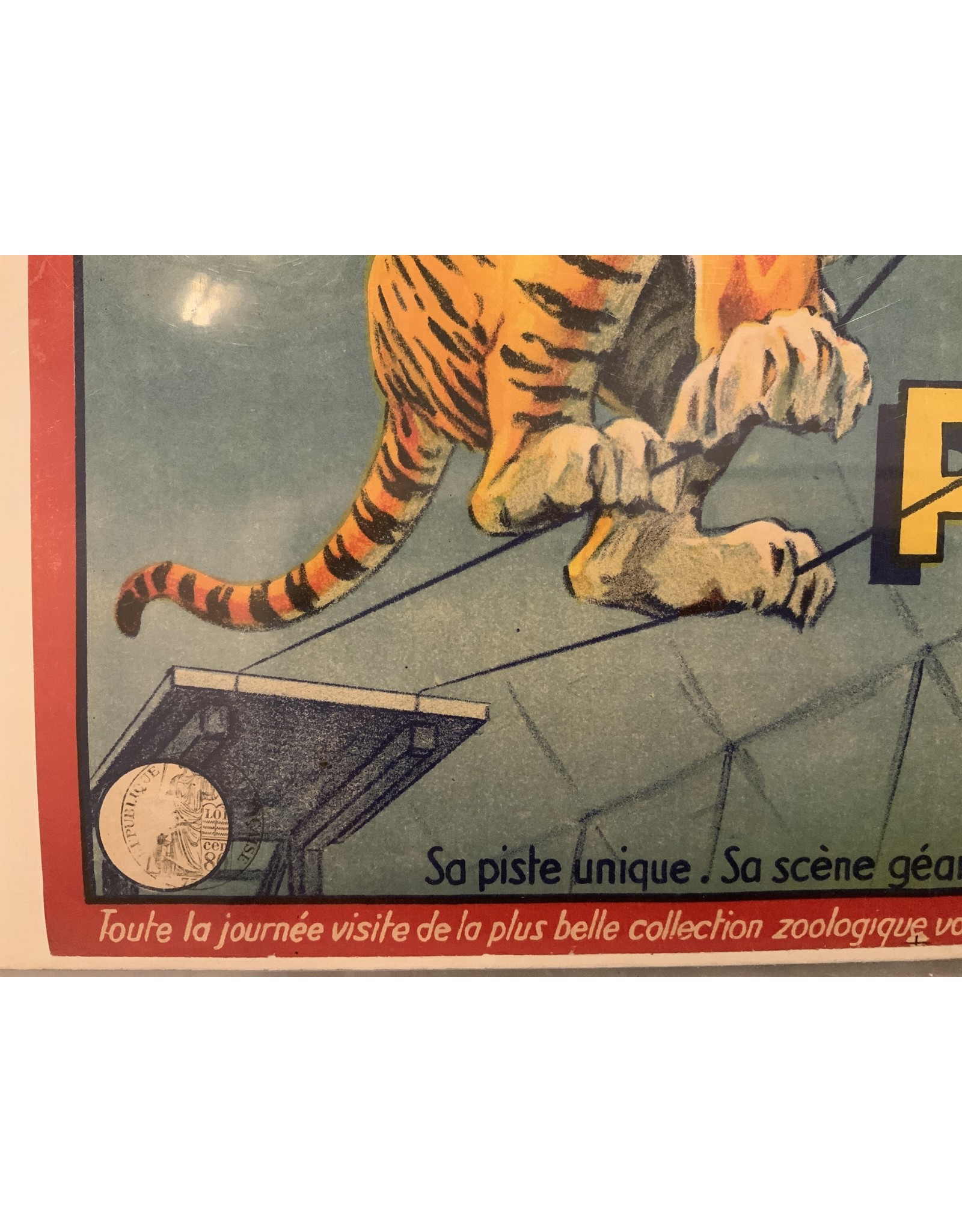 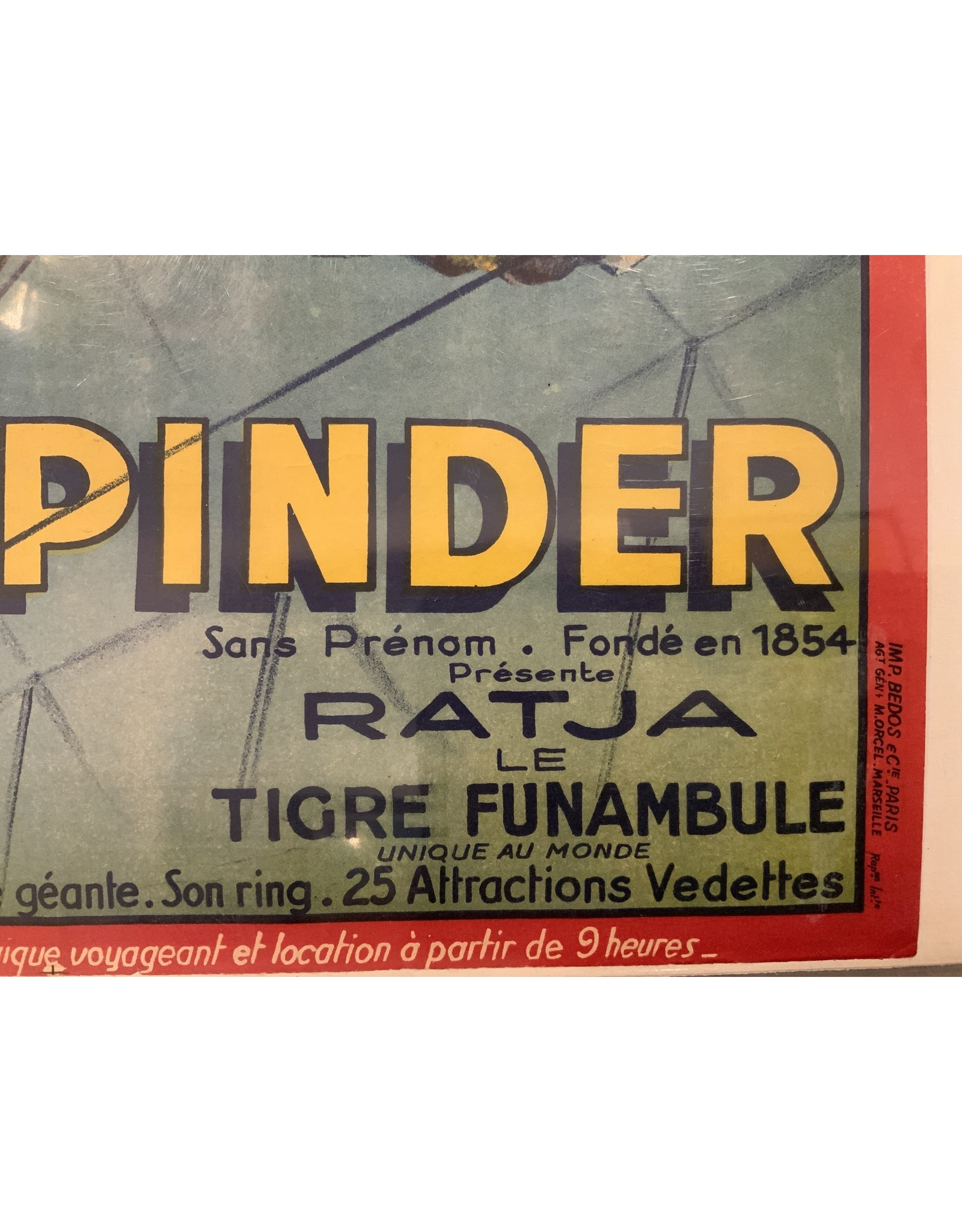 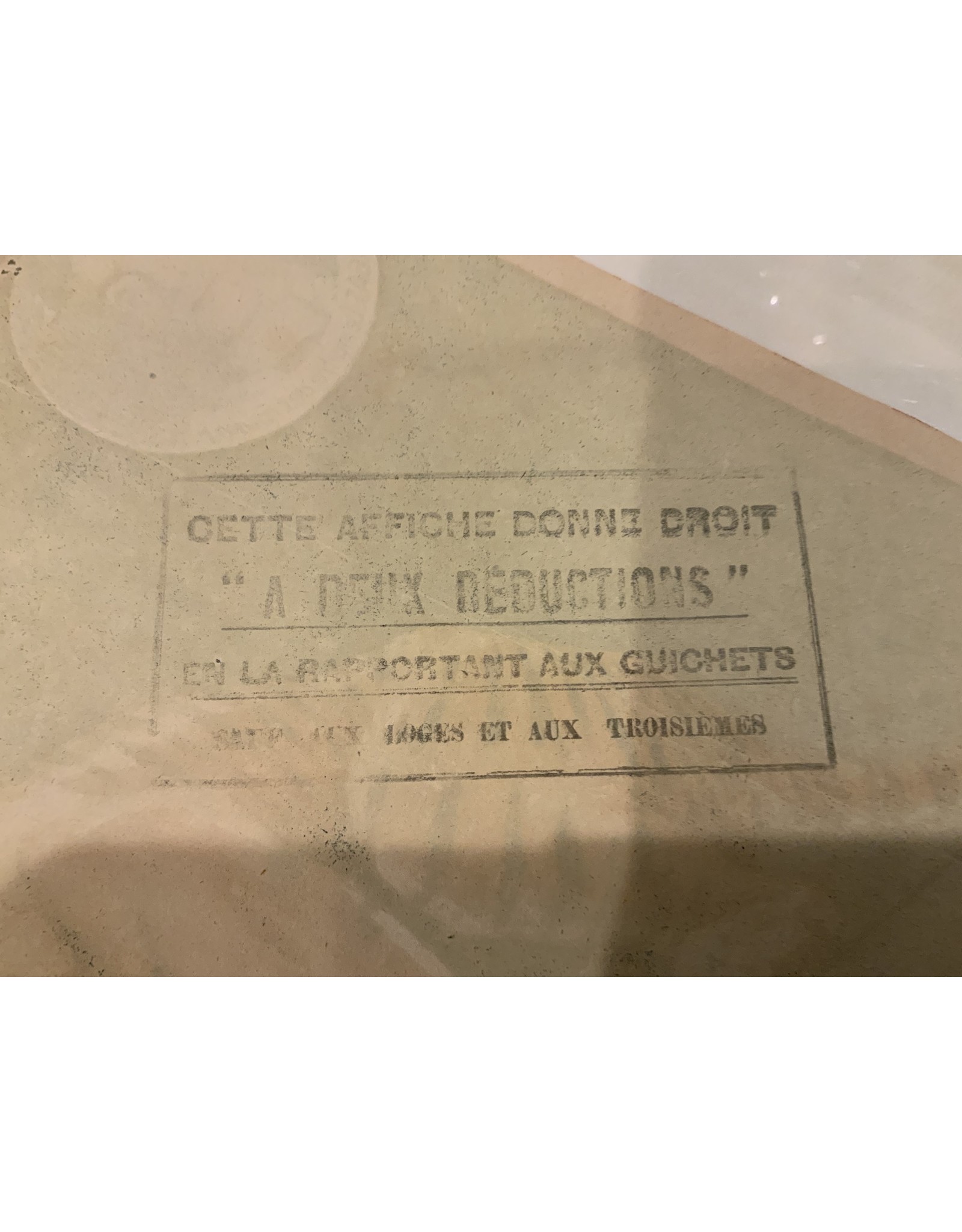 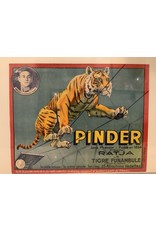 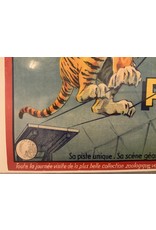 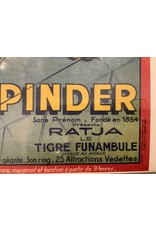 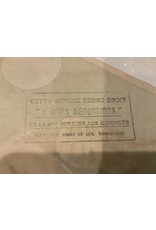 The Pinder Circus is a traditional French circus founded in 1854 in the United Kingdom by the brothers William and George Pinder. Originally, it was called the “Britannia Circus”, the name of the ship whose sails were used to make the marquee. It changes owners several times during its history, and is thus successively managed by Charles Spiessert, Jean Richard and the Edelstein family. The mascot of this circus is the elephant.
Based in France since 1904 , his tour always begins in mid-January or mid-February in Tours [ 1 ] and ends in Paris between mid-November and mid-January.
1938 World premiere: Ratja, the tightrope walker, crossing the track on ropes, dressage by Roger Spessardy , presented here by the tamer Vargas, which is fractured in this original Affiche Donne Droit Lithograph.
Stamped on back and in perfect condition
11 1/2x14 1/2